Baker’s OCR Story – The Return to the Battle of Lansdown

Having trained through injury for the 2013 London marathon (who hasn’t?), 2014 required a new and equally challenging physical goal and boy did I find one.

I signed up for my first OCR (Obstacle Course Race) with a group of friends who had all done one before. I was the OCR virgin.

It was a 10 mile ‘race’ and a debut for the eventing team that won ‘hardest new OCR’ that year. It was on Salisbury Plain (yes where the army train) and it was barren and gruelling. When we finally finished some hours later I shivered so much that I spilt a hot cup of tea all over myself because I could not control the effects of the cold. We were bruised and filthy. We had waded through untested water (that we had signed a disclaimer ahead of climbing in to) and of course we were head to toe in mud, glorious mud. And in spite not being able to move faster than a snail from the DOMS (delayed onset muscle soreness) for the next week I had my first OCR medal and I was hooked. My OCR love affair was a done deal.

How then to find a challenge for 2015, a less ‘waterboard’ experience, something closer to home maybe, and more of an event that more of my friends (of differing levels of fitness) could ‘enjoy’ that would allow me to compete with myself. Another debut event was on the horizon, from the DB Max team. The Battle of Lansdown at Bath Racecourse. I’ll leave you to Google the historical significance of the name of the event. I was asked by the race organisers to join their team member Ben Coleborn on a photo shoot prior to the event and take a sneak peek at some of the obstacles that were to be attempted during the race. Some of the photos from that shoot are included here. I was able to glean a little of the enormity of the task, and of the variety of obstacles that were included ahead of the big day. Hmmmm, ‘best crack on and get some more training in’ was my over riding feeling as I tripped off home that day.

On the day itself the Baker’s Bath Bunns team started the 7.5km course on the racecourse which included climbing the first straw bale pyramid! It also included a mammoth hillside water slide (which made for the best photography captures), a tree high balance beam, a less than glamorous skip of ice cold water, a horrendous hill climb, tyres, various terrain, seesaws and numerous more water hurdles. It also had the most beautiful scenery and a wonderfully friendly and family like atmosphere. It was well marshalled, and supportive volunteers encouraged us all the way through. We/I needed it. Despite struggling with what I thought was just some sciatic nerve pain in my right leg we finished the course by hauling each other over a modified van and fell over the line exhausted. Our medal’s won. Our tee’s bearing the word ‘survivor’ earned. We headed for the beer tent and to try and bring our body temperatures past freezing and to count our bruises, sharing our stories and roaring with laughter. It was a triumph in every possible way. A true team effort and a contribution from every member. We were of course also further bonded by our experience. Yep, I was still in love with the OCR, in spite of its cruel ways to love me back! And then things went a bit pear shaped for me health wise. The bad back was in fact a cancerous tumour in my leg that less than 6 months ago (07.09.16)  I had removed, narrowly (1mm) avoiding an amputation. (Yes, it did take a full 10 months plus to be diagnosed.) If you are interested, read the full story here.

But now I am back to being mobile and in training for the 2017 Battle of Lansdown. Why you ask? Well, you’re not alone.

So the Bakers Bath Bunn’s team return to the Racecourse on March 19th and this time we have a hashtag #nofibulanoproblem (you’ll need to read on to find out what that means). We have a few returners from the original team and a few OCR newbies too, who I am sure are equally ready to fall in love with the event, just as I have done. And we still have room for more! Training is hard work. It’s tough. I am coming from such a long way behind in my fitness (learning to walk and then run again) this time that you might think I have bitten off more than I can chew. Well, what I lack in fitness I have gained in courage. Any physical challenge is at least 50% mental toughness and I have that nailed on. I do not fear it. I know I’ll be slow but completing this event will mean the world to me.

So, if you’re signed up then maybe I’ll catch you at one of the specifically designed classes for the event at Fitness First Bath or on the day when the BBB’s team members will be dragging me around the course even more so than they did on that very first event. See you in the beer tent! 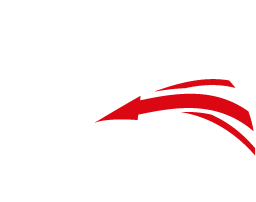